Posted on February 10, 2011 by goodnewsfromafar

Thank you for praying for the Keo family. Their baby daughter, Sophea, was born last Saturday and was born at only 29 weeks with a weight of just over 2 pounds. Two days ago she was transferred to a different hospital here in Phnom Penh where we feel like she may get a better quality of care. Please continue to pray that they will all remain strong during the next two months or so as Sophea remains in the hospital.

We have mentioned Kyna in the past and asked you to pray for her salvation. We are happy to report that she accepted Christ as her Saviour today after the morning service. We have observed that her heart has been opening up over the past week or so. She is an accounting major at a university here in Phnom Penh. Pray that Miss Eng and Miss Sok will have the wisdom to effectively help disciple her. 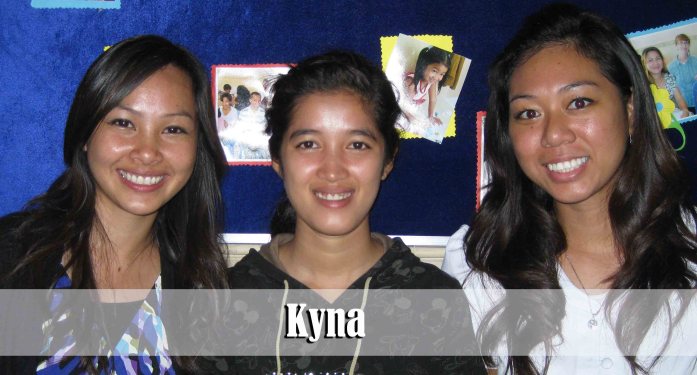 Each week we have a memory verse for the entire church to memorize. Today I randomly called out various verses that we have memorized over the past 3 months. Anyone who was able to quote the verse by memory received a fresh coconut. It was very encouraging to see just how many folks actually work hard at Scripture memory. 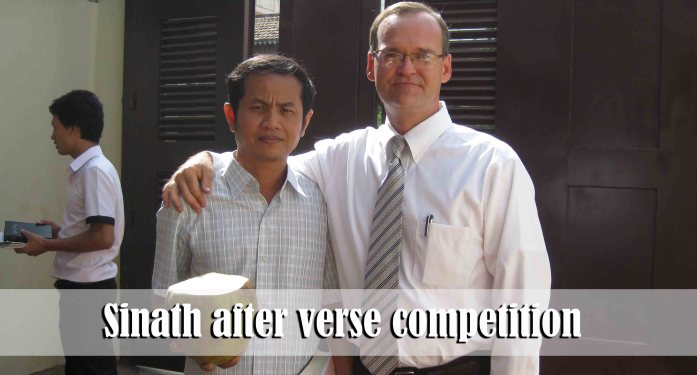 Chhay is a a university student and comes from a village that is nearly 40 miles away. He lives here in Phnom Penh but for the past several weeks he has traveled back to his home village every Saturday to teach the Bible to the children and young people who are willing to listen. As a baby Christian there are so many things that he does not yet know about the Bible but he is hungry to grow. Each week I meet with him and teach him one-on-one. During this evening’s service Chhay shared a testimony about how he was able to present the Gospel to his 80 year old uncle, Sa, who lives back in the village. Chhay believes that Sa is open to the Gospel. He has asked Chhay to return to teach him more about that God says regarding salvation. Sa is the oldest male in this Muslim village. If he were to accept Christ it would likely have some effect in helping to open this village to the Gospel. Chhay is going to teach the Bible in a place where I can not go due to the color of my skin.  Pray that we will be faithful to train him and that he will be used of God to help win his Cham people to the Lord. 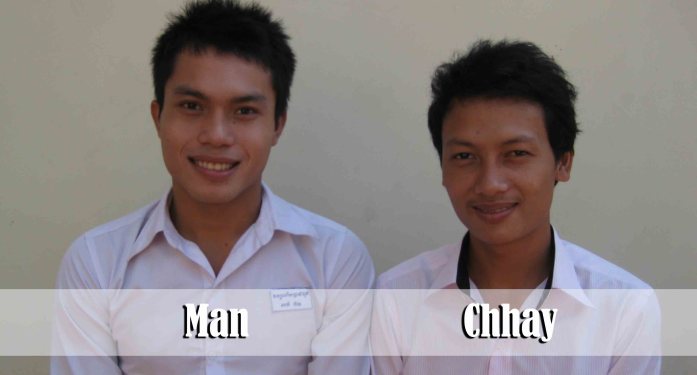 This past week I went to go follow-up on some prospects. I was shocked to see that the building where they were living had been totally demolished. It was interesting to see that literally the only thing left standing was the Buddhist altar in the middle of the property. This building was home to about 10 different families who have now scattered and will be virtually impossible to find. This is indicative of the transient lives of many people here in Phnom Penh. In the three months of our new church plant we have already had several families move. Tomorrow we expect one of our single young men to move to a city about 12 hour from here. We can only hope that the families who move away will not be deceived by the many false religious groups that are here in this country under the guise of Christianity. 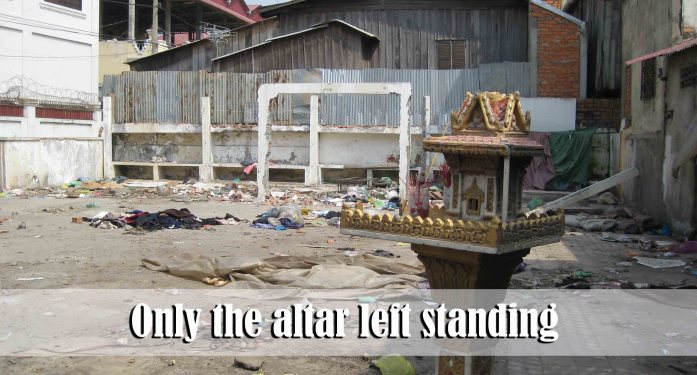 This week will be a test for several of our new Christians as it is the traditional celebration of Chinese/Vietnamese New Year. New Year celebrations in Asian communities always include sacrifices to the ancestors as well as territorial spirits. Pray that those who are newly saved will not compromise by taking part or attending events that are opposed to God’s will. For some of the new believers this will be the first time in their entire life that they will not participate in the sacrifices. 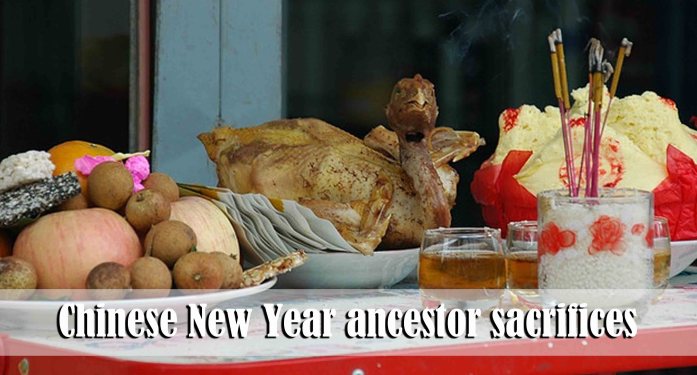 Tomorrow we hope to pick up our new tract that we just wrote. The title is “Do You Know God.” We have ordered 5,000 copies of the tract and hope to use it as an introduction to the evangelistic Bible study written by another independent Baptist missionary here in Cambodia. Some of you who receive our email updates are Khmer and may be interested in reading the new tract. Thus I am including a screen shot of the tract.

Because of God’s grace, 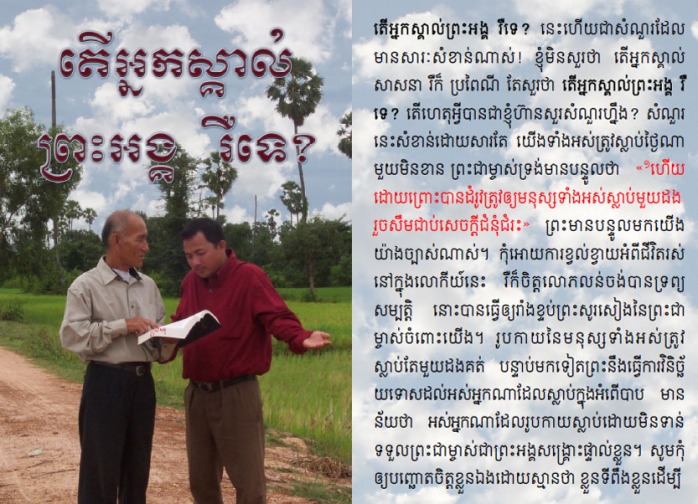 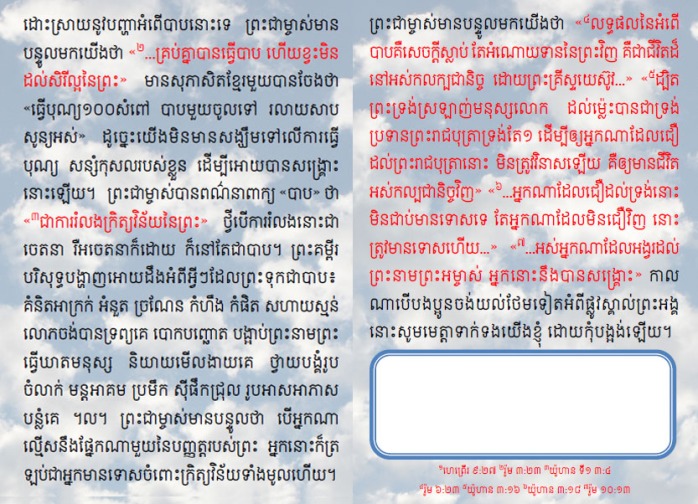